In the search for a prominent resting place, the merchant Johann Daniel Souchay, who came from Manchester, bought in 1858 the “Eckberg” vineyard in the small town of Loschwitz near Dresden, as well as two neighboring smaller vineyards. He commissioned Prof. Christian Friedrich Arnold, a student of Gottfried Semper, to build an English mansion in neo-gothic style. To lay out the garden and the extensive park landscape, Souchay entrusted the garden architect Hermann Sigismund Neumann, a student of the Berlin garden director Eduard Neide. In 1861 the castle, the park and the adjoining buildings were completed, and Souchay could enjoy his fairy-tale estate until his death in 1871.

In 1883 his heirs sold the property to the entrepreneur Artur Bruno Wunderlich, “Imperial Persian, Royal Swedish and Norwegian General Consul for Saxony”. After Wunderlich’s death in 1909 his widow Anna Wunderlich rented the castle. One of the prominent inhabitants was the Austrian confectionery manufacturer Joseph Weiser. He was newly married and moved with his young wife, the actress Grete Weiser, to the Eckberg.

In 1925 the time of renting of the castle was over and with the new owner Ottomar Heinsius von Mayenburg the castle experienced a new approach. As the inventor of the aluminum tube and the toothpaste “Chlorodont”, von Mayenburg had the necessary means to fulfill a dream with Schloss Eckberg. Von Mayenburg had studied botany, he was particularly interested in the park and he redesigned it fundamentally in the following years. The elaborate park with rock garden, rose wall and flower meadow was created and entertained by 18 gardeners under the direction of Mayenburg’s chief gardener Emil Metzner.

After the Second World War, the Mayenburg family left the Eckberg in 1947 and was expropriated in 1952. Until 1968 the castle was used as a faculty for working and peasant of the GDR and as a student residence. In 1969 a branch of the research center of the VEB Robotron Dresden moved into the buildings and used it for the development of memory chips.

With the departure of the institute in 1980, a new use was made of the castle, which was neglect. The GDR re-discovered its historical heritage and began a new handling with it. The insanitary castle was rebuilding into a hotel and operated from 1985 to 1990 as “Jugendtourist Hotel Schloss Eckberg”.

As a result of the German reunification and the subsequent retransfer, the Munich-based company group ARGENTA has been the owner of Schloss Eckberg since 1995. In 1996-1997, the castle, the adjoining buildings and the garden were extensively renovated, and since then it has been run as a hotel and restaurant. 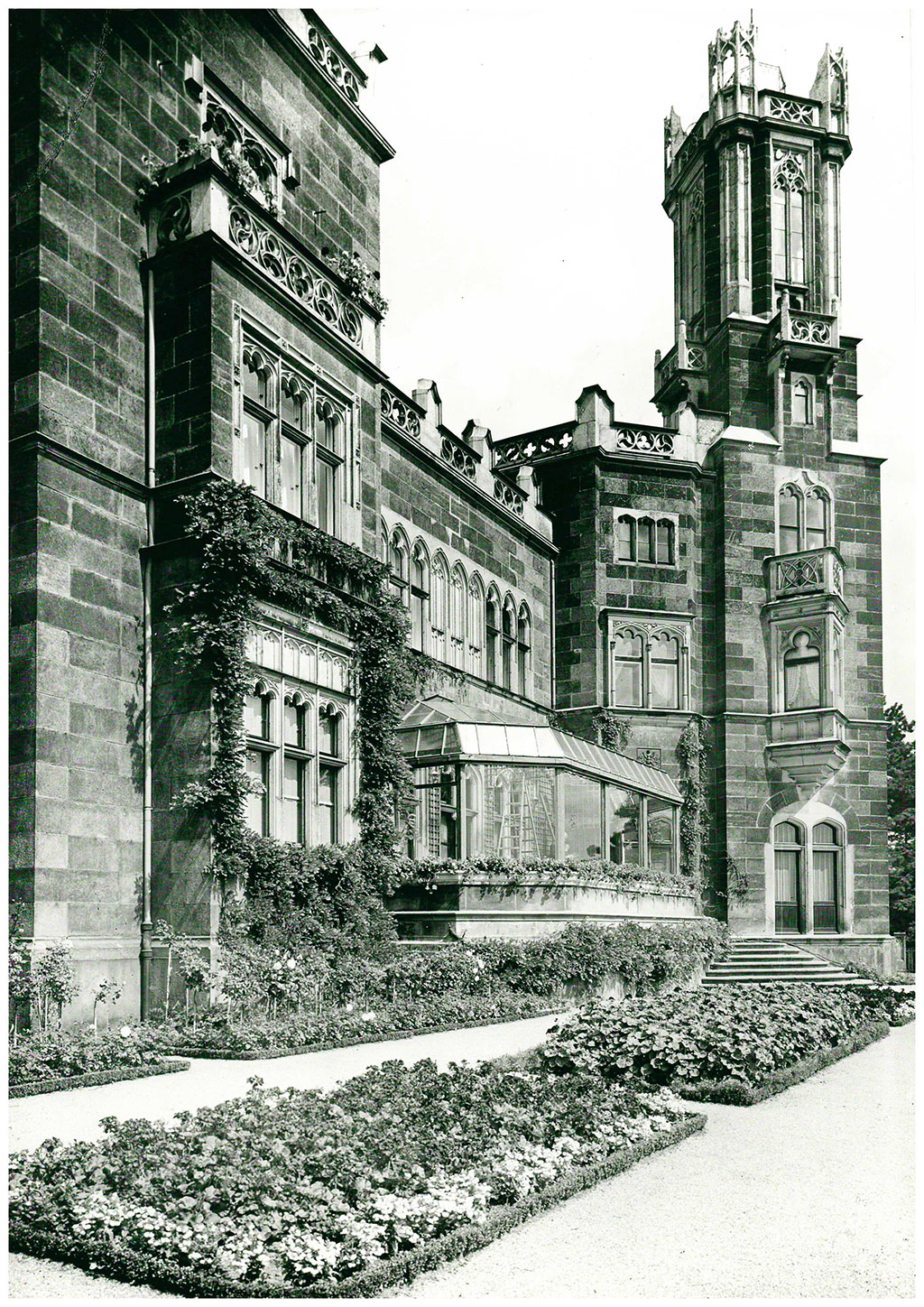